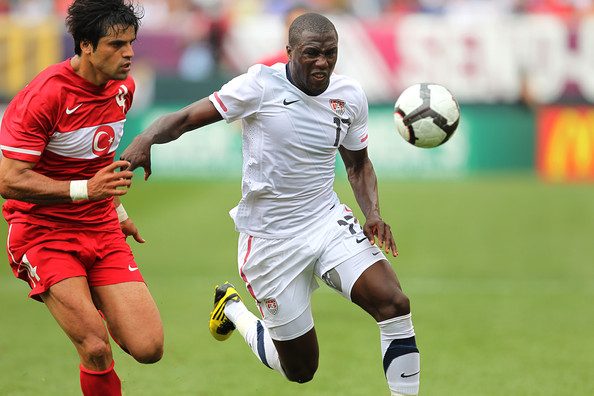 Multiple reports suggest mildly injured Jozy Altidore (sprained ankle) was sprinting at full speed in practice on Sunday. The team has today off, so it’s likely Altidore will be fit in time for Saturday’s opener against England.

That said, I think you start the hottest, most offensively-respected players. And at the moment, that’s none other than Edson Buddle (the hottest) and Robbie Findley (the most problematic speed for opposing defenses).

What Jozy has done for the U.S. team is immeasurable. He scored six goals in qualifying, more than any other, and is a regular contributor to the team. But given his fitness, and recent slump with his club team, I say you go with the hottest play maker. That said, I think Jozy should start perhaps the second or third group game, depending on Findley’s and Buddle’s performance.