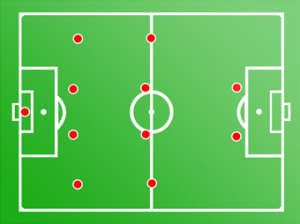 The United States will play at Denmark Nov. 18 as a warm up to next year’s World Cup in South Africa, which both teams qualified for. Denmark finished first in their group, ahead of Portugal. The U.S. finished first in their group as well, ahead of Mexico. Regional champs versus regional champs. Here’s who I would start I I were U.S. coach Bob Bradley, taking into account injures of course.

Goalie
Tim Howard – The most obvious starter. Arguably the best American goal-keeper ever.

Jonathan Spector – He’s not bottom of the barrel.

Clint Dempsey – In a recent slump, but the man can score goals. He’s sure to breakout soon.