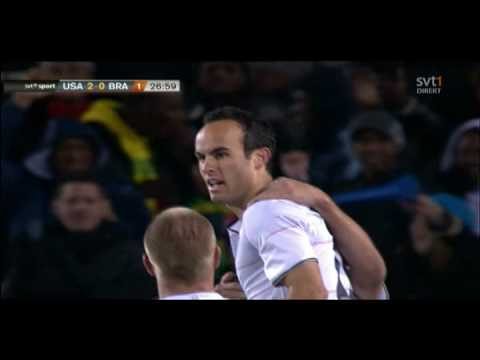 In the spirit of year-end jubilee, SBI has compiled what they dub the most thrilling national team goals of 2009. In addition to Donovan’s break away goal against Brazil (shown), other goalie beaters include Ricardo Clark’s rocket from mid field, Charlie Davies’ punch past Mexico, and Stuart Holden’s rifle against Haiti. Un, goooooooooaaaaaaaaaal!