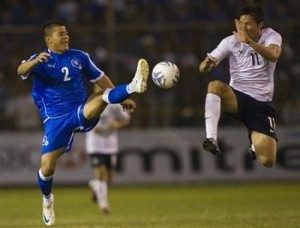 It won’t be much to watch. But tonight’s exhibition between the US second string team and El Salvador is a good opportunity for “supporting” players to prove they’re worthy of a spot on the World Cup team, according to the Bleacher Report.

Once they play El Salvador, the team’s performance will tell fans whether or not there are any more diamonds in the rough hiding in the player pool. Understand, this situation only works if a majority of the first team isn’t available. If a good chunk of the core group plays, then the supporting cast can hide behind the better players and look like they belong. But because most of the first team is unavailable, after El Salvador, Bradley should have an idea of which fringe players can offer something to his team.

In other words, ongoing tryouts before the big show.