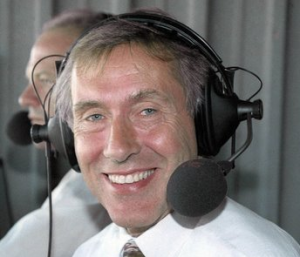 For Americas who tune in to this summer’s World Cup on ESPN and ABC, they’ll be greeted with foreign accents. Four of them. British to be exact. And that’s not a good thing, says NY Time’s columnist Jack Bell.

Will it be soccer or football? Pitch or field? Will players wear kits and boots or uniforms and cleats? Stop me before I have an aneurysm.

As for me, I like a good British accent, especially one that’s more informed than an American soccer commenter that tries too hard. But I really think ESPN/ABC should have used one Martin Tyler (pictured) for play-by-play, with a fresh American voice for color commentary. Then have Dan Fowler, who does awesome work for ESPN Tennis, host a half-time show with Andy Gray and another American commenter to fill in the gaps. Done and done.