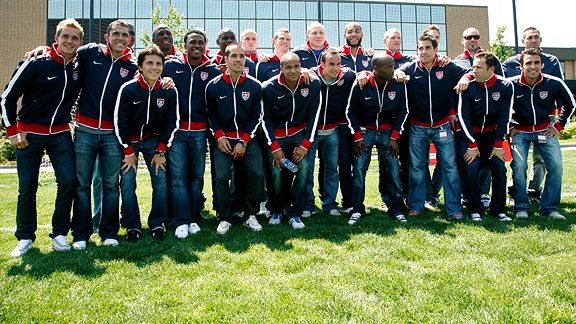 “The American team is a blend of youth and experience,” observed the NY Times. “Fifteen of the 23 players were named to their first World Cup. Only six have participated in a World Cup match. Meanwhile, midfielders Landon Donovan and DaMarcus Beasley and defender Steve Cherundolo will be participating in their third World Cup.”

The complete roster is as follows: