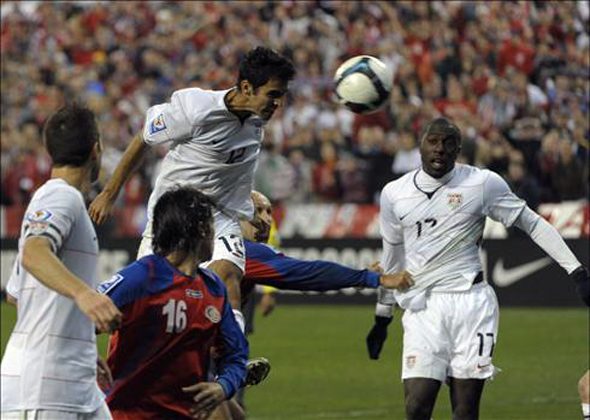 They say a come-from-behind tie is the same as a win in soccer. And the U.S. men’s national team did precisely that on Wednesday, playing one man down and equalizing 2-2 against Costa Rica in the final seconds of play to finish undefeated at home in World Cup qualifying.

Sloppy defense and several missed goals left the U.S. down 2 nil in the first half, but thanks to a clean-up goal from Michael Bradley in the 72th minute and a beautiful header from Jonathon Bornstein in fifth and final minute of stoppage time, the team pulled through to finish first in group qualifying leading up to next year’s World Cup.

The thrilling tie would not come without its scars, however. Defender Oguchi Onyewu left the match late in the second half with a torn knee tendon and will be out for three to four months. The injury came a day after Charlie Davies’ devastating car accident, which left the 23-year-old forward with several broken bones and will likely keep him out of the World Cup.