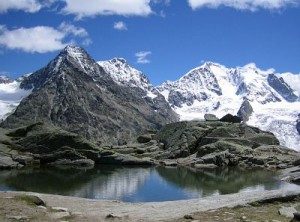 In an effort to maximize their fitness, the United States trained for the World Cup at full speed, but at sea level, reports The Guardian. Meanwhile, England opted for light practice in the Austrian Alps, at the expense of conditioning, to help the players acclimatize to the same altitude their bodies will experience in South Africa.

Might this a problem? Yes, says English doctor Richard Pullen. “The Americans have not done any preparation at all,” Pullen says. “This is so that they could have full‑on training sessions and arrive very fit, yet unacclimatised. They have taken a gamble on their fitness being enough to see them through.”

According to the Guardian then, the Americans are more fit, but less adapted to the thin air when compared to the English. Ergo, you have one more reason to see how the epic clash will end this Saturday (2:30 pm Eastern).