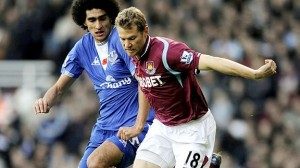 In a pay-gated article, ESPN asserts, “With so many of the U.S. national team’s top players in the Premier League, the U.S. will have a firsthand scouting report on many of its English rivals ahead of the World Cup.”

Without reading the full story (this is the internet, after all, and I don’t like paying for commentary), I’d say familiarity with British strategy will help, unlike familiarity with the pitch. But if we really want to win our opening World Cup game against England, we’ll need to go Revolutionary War on ‘em with speed and a surprise attack.

Can I get a witness?