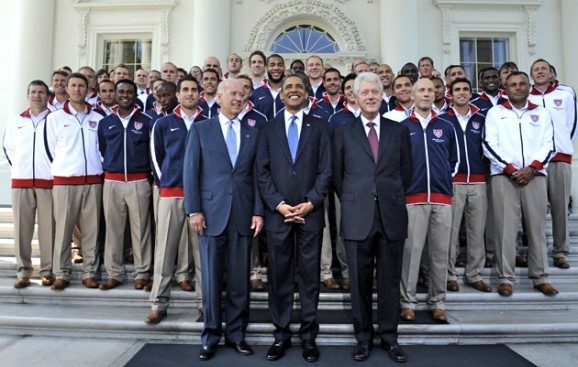 Ranked 14th in the world, the U.S. national team is by no means the favorite to win the World Cup next month. But we just might just be the most handsome, according to U.S. President Barack Obama.

“This may be the best-dressed soccer team I’ve ever seen,” President Obama said Thursday, after meeting with the athletic casual team at the White House. “We’re going to be proud of what you do in South Africa,” he added, “And you will have somebody in the Oval Office watching ESPN to make sure things are going OK.” (video here)

In April, South African officials said President Obama informally committed to attending a U.S. game the team made it to the deeper rounds of the tournament. Both vice president Joe Bidon and former President Bill Clinton said they will attend.