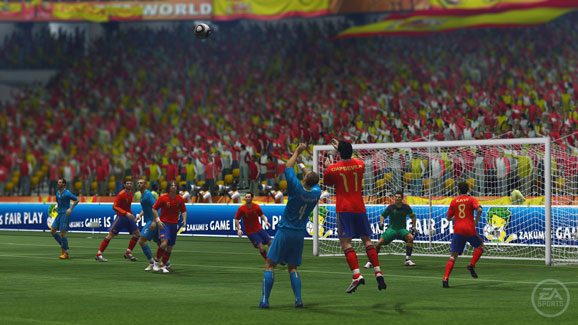 Wanna try the official 2010 World Cup video game before you buy? If you own either an Xbox 360 or PS3, you can starting today.

The free download only lets you play as Italy or Spain, but it will give you a taste of the playing style. The full game, featuring 199 playable countries, arrives April 27 for Wii, Xbox 360, PS3, and PSP.