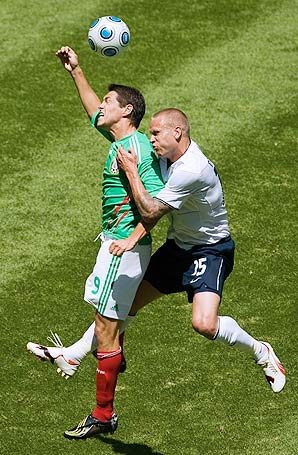 “Under the new system, the only chance for U.S.-Mexico games in World Cup qualifying would be if both teams surprisingly finished second in their final-stage groups and had to meet in a playoff for the third CONCACAF World Cup berth… American fans had better hope that the U.S. and Mexico reach the final of the Gold Cup in 2011, because that would probably be the only time until 2015 that the two rivals would meet in a game that actually means something with both sides at full strength. And those dreams you had of being in the Azteca when the U.S. silenced 110,000 Mexicans by finally winning a game there that mattered? Forget about it.”

No es bueno. If FIFA approves the change in either December or March, it will cut out 25% of the ways to watch the U.S. national team in between World Cups.