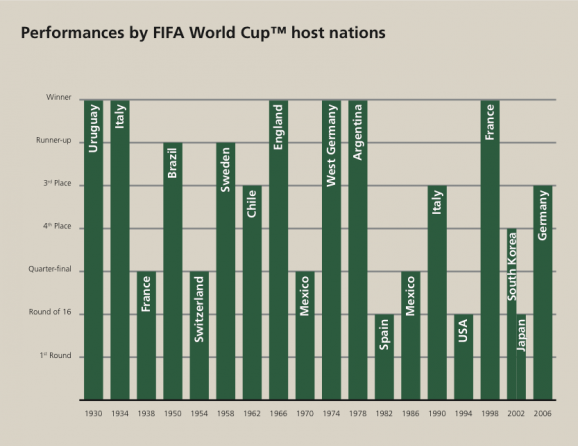 Which is why South Africa is scared to death of becoming the first host nation that fails to reach the second round. Incidentally, the home team reaches the final four in two out of every three tournaments. Amazing. With France, Mexico, and Uruguay in their group, however, it’ll be a tall order for the ailing South Africans. Should be a fun sub-story to watch, in between our opening match against England.