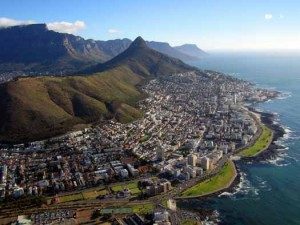 Less than five months before the start of the tournament, FIFA today said that one-third of tickets remain unsold. It’s unclear how this compares to previous World Cups, but some say South Africa’s notoriously high crime and murder rates are to blame, something FIFA dismisses.

“Don’t kill the World Cup before the World Cup starts,” FIFA secretary Jerome Valcke told the Associated Press today. “I mean give us a chance. Give South Africa a chance to organize a great World Cup. Don’t tell people that they should not fly to South Africa.”

In 2006 leading up to the games, district attorney spokesman Dianne Barnard lamented, “If we cant protect a small number of tourists in the normal holiday season, how do we hope to be able to protect the hundreds of thousands who will flock to the country in 2010.”

Regarding current travel warnings, the U.S. Department of State advises, “Although the vast majority of visitors complete their travels in South Africa without incident, visitors should be aware that criminal activity, often violent, occurs routinely… and are regularly reported by resident Americans.”

So far, South Africans (who get their tickets at a discount) and Americans have gobbled up the most tickets, followed closely by Britain. The money question: Would you fly to South Africa to watch the games? Or will you enjoy them from the security of your living room?