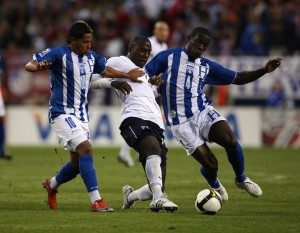 Despite previous comments of a change in venue due to political unease, the USA at Honduras qualifier is on next month, reports the Associated Press. For now at least.

“FIFA secretary general Jerome Valcke says the Oct. 10 match in San Pedro Sula will go on as scheduled even though Honduras remains in political crisis,” the wire service said today. “However, Valcke says FIFA’s stance can change if the situation gets worse.”

The news comes a week after Honduras head coach said his team “deserved” home field advantage in qualifying, and that his soccer confederation could “guarantee” security to the visiting U.S. team.