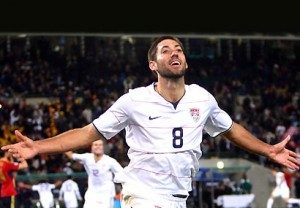 “The news about Clint’s injury is positive, especially given the fact that he will not require surgery,” said U.S. coach Bob Bradley. “We are confident that Clint will be ready to be an important part of our team during the World Cup.”

As a midfield/forward, Dempsey has 17 goals in 60 international appearances for the U.S., so he’ll play a big role on offense.

In other positive news, U.S. defender Oguchi Onyewu said Monday he is recovering from knee surgery faster than expected, and has already begun light practice.