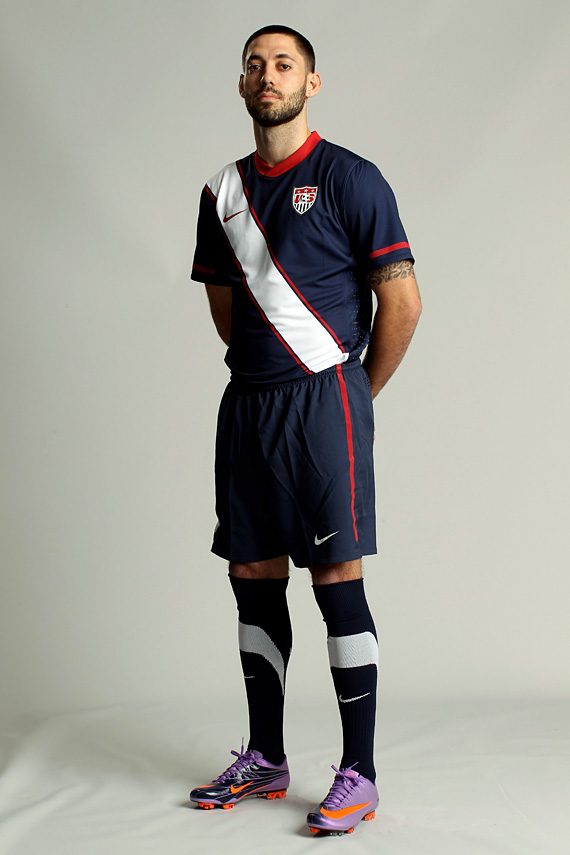 After leaking onto the internet, Nike today unveiled the new U.S. soccer kits to be worn at the World Cup. The polyester, made from recycled plastic bottles found in rotting Japanese and Taiwanese landfills, are said to be 15 percent lighter and 100 percent more “green.”

The reused materials won’t save you any money though when the jersey’s go on sale tomorrow; they cost just as much as they always have ($70). Other teams wearing the new national team jerseys in South Africa include Brazil, The Netherlands, Portugal, South Korea, Australia, New Zealand, Serbia, and Slovenia.

As for the U.S. kit, I like the throw back stripe in honor of the 1950 team. But the socks are fugly. Maybe they’ll look better with the alternate white and red jerseys. Maybe not.