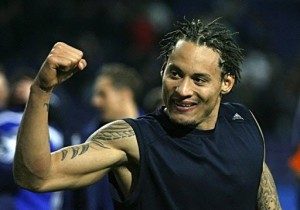 UPDATE: Jones has removed himself from the roster, citing fitness concerns. Altidore will replace him.

Original story: U.S. Soccer today announced the roster for the team’s upcoming match against Brazil in New Jersey. While regulars Clint Dempsey, Jozy Altidore and Stuart Holden were omitted due to Euro league conflicts, 28 year old midfielder Jermaine Jones was finally named to the squad, making it his first since FIFA approved his nationality switch from Germany last year.

“This game is a great opportunity to showcase many players from the World Cup team who earned the respect and appreciation of fans across the country,” said coach Bradley, whose contract as head coach expires in December.

The exhibition against an inexperienced Brazil will air Aug. 10 on ESPN2 and Univision (8 pm Eastern). The full roster is as follows:

See also: How to follow U.S. Soccer in between World Cups