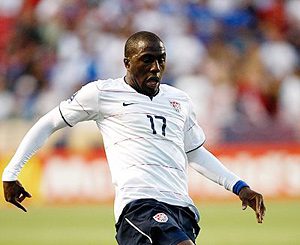 In 1998, English forward Michael Owen “electrified” the World Cup with brilliant play, despite his only being 18 at the time. Now, ESPN columnist Ravi Ubha wonders what young upstarts might do the same next year in South Africa.

One among them: none other than promising U.S. forward Jozy Altidore. Thanks to his speed and size, Ubha puts him in the same league as Yoann Gourcuff of France, Sergio Aguero of Argentina, and Theo Walcott of England. For the United States’ World Cup sake, let’s hope he’s right.