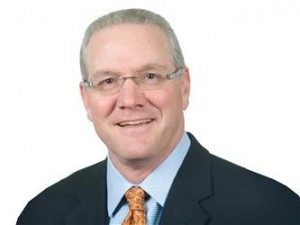 “If Klinsmann wanted the final say, in writing, over choosing the U.S.’ opponents and venues for games,” writes Wahl, “that would have put him in direct conflict with Flynn, who’s in charge of the federation’s business side as the de facto CEO, and who relies on friendlies as a significant revenue source. Flynn, a former executive with Anheuser-Busch, is U.S. Soccer’s highest-paid official, having earned $646,066 in the most recent federation tax statement (more than coach Bradley).

“It’s also possible that U.S. Soccer felt giving Klinsmann the final say in writing over some decisions in Flynn’s purview — including the selection of U.S. opponents and venues — would be impossible given the language in the federation’s current contracts, which include big-money deals with Nike and ESPN.”

In light of having our team stuck in another “what if” scenario, Wahl says of Bradley’s ill-received rehiring: “The hard-working coach who led the U.S. to the second round of World Cup 2010 finally signed another four-year contract, but it wasn’t exactly a vote of confidence for him that U.S. Soccer went after Klinsmann again. Then again, Bradley expressed his interest in other jobs (Aston Villa and Fulham), so perhaps the U.S. job wasn’t his first choice, either. Considering no other candidates have come up for the U.S. position, other than Klinsmann and Bradley, it may be that Bradley was Gulati’s first choice among candidates who were actually willing to sign on the dotted line.

“In the end, Bradley is the U.S. coach, even if it may be a marriage of convenience. But you can be certain there will be pressure on Bradley to lead the U.S. to the Gold Cup title in 2011.”