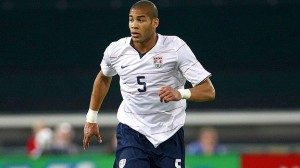 In order to secure hosting rights for the 1994 World Cup, U.S. Soccer agreed to start a domestic league. It did that in 1993 with formation of Major League Soccer. But while the league has grown, “it has had a smaller hand in each subsequent edition of its beneficiary, the World Cup,” writes ESPN’s Leander Schaerlaeckens.

“In its short existence, MLS has gone from supplying 11 starters to the U.S. World Cup team to one—and Donovan, of course, just spent two and a half months with Everton of the English Premier League,” he says. What’s more, fewer MLS players are being named to the roster today than when compared to previous World Cups.

While this could be seen as a problem, Schaerlaeckens notes that even though fewer MLS players are playing for the national team, the European-based U.S. players that do wouldn’t have been able to move to Europe without the stepping stone that is MLS. “It’s an undeniable sign of growth, no matter the damage it inflicts on the league itself,” Schaerlaeckens concludes.