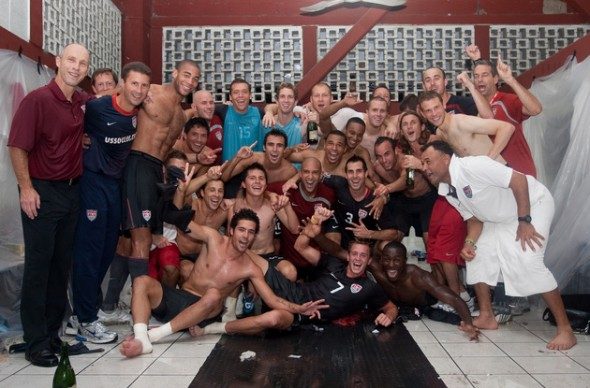 Despite clinching a 2010 World Cup berth, the U.S. men’s national team has one remaining qualifier against Costa Rica on Wednesday. So the game will be a lazily played celebratory exhibition, right? Not exactly, says the Men’s National Team blog:

After the excitement in San Pedro Sula, the wheels began turning for the Wednesday match (8pm EST, ESPN2/ESPN360.com). Coach Bradley emphasized to the players that the work is not done, and the plan is to push to keep the team’s unbeaten record at home and to finish first in the group.

Currently, the U.S. leads the North/Central and Caribbean region with 19 points, followed closely by Mexico with 18. Costa Rica is in third with 15, followed by Honduras with 13. Depending on Wednesday’s results, either Costa Rica or Honduras will go to a playoff with the fifth ranked South American team.