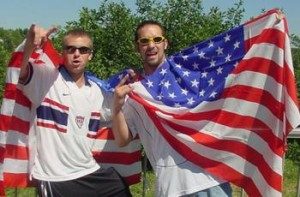 A new survey released this week has some good news for U.S. soccer fans. According to some 20,000 resident aliens living in America, the vast majority sees the U.S. national team as the most capable dark horse heading into the World Cup.

“While United States fans are realistic, bordering on pessimistic, that is not the case among the international communities polled for the survey,” writes NY Times soccer blogger Jack Bell. “Respondents from 13 countries –- including Brazil, Argentina, Italy, Germany and Ghana — all agreed that the U.S. is the tournament’s top underdog.”