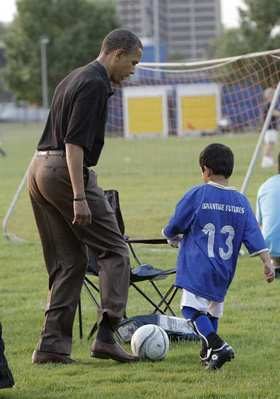 Two top officials claim that U.S. President Barack Obama will attend the World Cup final… if his dog makes it to the match.

“I remember him saying that he would maybe consider coming if the American team goes to the quarter-finals, might come if they reach the semi-finals, and will come to the finals,” said Maite Nkoana-Mashabane, South Africa’s foreign minister. “I’m a witness,” added US Secretary of State, Hillary Clinton, with a laugh.

The alleged commitment took place during a nuclear security summit (of all things) on Sunday.