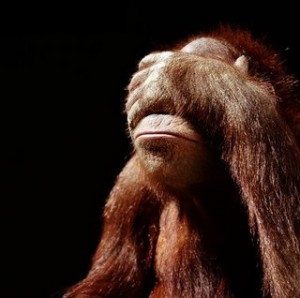 Say stuff like “football” and “pitch” when describing soccer to an American, and you’ll almost always get a confused look. No, Americans aren’t wrong for speaking their own colloquial version of English. You’re stupid for trying to speak to them in a different language.

Take it away, Mr. Gardner: “What is it about Americans involved in soccer that they find it difficult to use the word soccer — which is the correct word in this country? That American soccer people feel it necessary to use English terminology — when there are perfectly good, and less ambiguous American words available — can only indicate that they are intimidated by the soccer Brits. I’m not even sure that any blame attaches to the Brits here — this looks like an almost colonial subservience.”

Not only is calling soccer “football” in America subservient, confusing, and snobbish, it smacks of insecurity. Like the Irish, Canadians, South Africans, Australians, Japanese, New Zealanders and Zimbabweans also say, we call it soccer. It’s our country’s fifth most popular sport after hockey. And we love it just the same.

Then remember that it’s okay to have different languages and dialects in different parts of the world. Of course, you could stay snobby and think there’s still a right and a wrong here. Whatever.