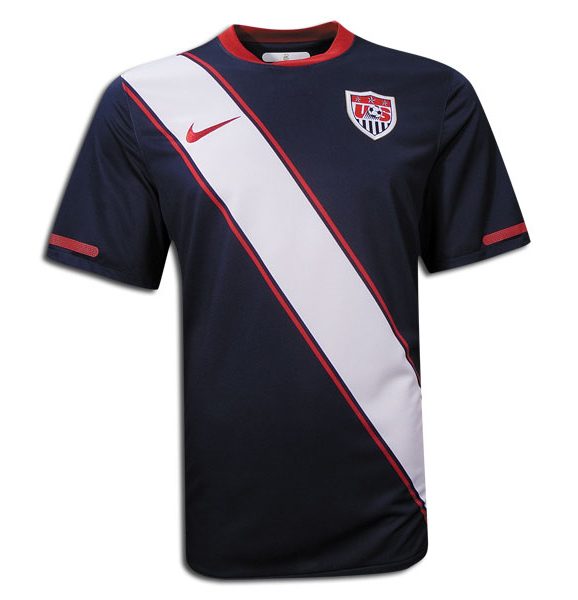 The accompanying socks may be ugly. But the new sash-tastic U.S. soccer jersey looks hot. Paying homage to the 1950 World Cup team that upset England, it also has history, prompting a petition by some to make the sash a permanent fixture.

“I have worn several different US national team jerseys throughout the years, and this is, by far, the most beautiful,” says Pierre of Orlando, in a user review. “If I could talk to the president of US Soccer, I would ask that we keep this look indefinitely. Like Argentina, England, Italy, Brazil, and the Netherlands wear similar designs from generation to generation, it’s time the slash stripe becomes our lasting icon for future uniforms.”

I agree. Having qualified for the World Cup consecutively since 1990, the visibility of the U.S. national team has been inconsistent at best, ranging from denim stars and stripes, meaningless black jerseys, and everything in between.