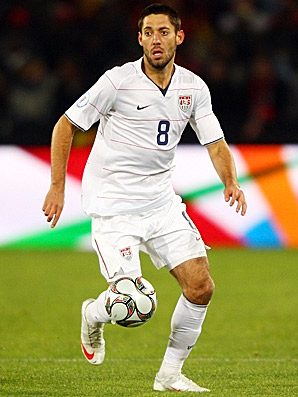 When the U.S. opens against England at the World Cup this summer, here’s who will start the game, says SI soccer columnist Grant Wahl:

With the improbable return of Charlie Davies at forward, Wahl moved Dempsey to forward “because [he] scored all three of his goals at the Confederations Cup from the forward position and has been hot-and-cold for the U.S. as a midfielder.”

Not a bad lineup. But I worry about Spector and Holden. Who do you see as our biggest liability?