The goals that sent the U.S. to the World Cup — USA Soccer Stud 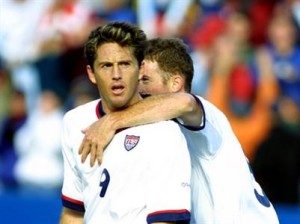 The United States has qualified for eight of 19 World Cups, one of which was automatic for hosting the event in 1994. As for the other seven appearances, a goal was required to push the nation into the championship. And here’s how they were scored, according to the governing body of U.S. soccer. Not as exciting without video, but I’ll take what I can get.