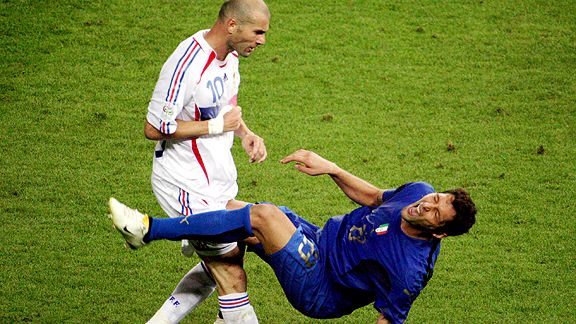 Want to relive the most hostile World Cup match ups before the upcoming South Africa games? ESPN has a detailed rundown of each, including the hotly contested U.S. versus Mexico rivalry (which the latter have won 32 times in official meetings, compared with 16 for the Yanks).

Other significant rivalries include France versus Italy, England versus Argentina, Brazil versus Argentina, and Germany versus everybody else. The article also provides hypothetical scenarios in which said opponents could meet again this summer, which makes me further salivate.