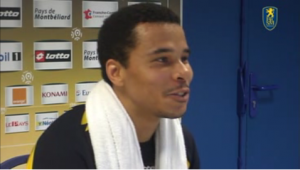 After being seriously injured in a fatal car accident last fall (broken bones, lacerations, you name it), will Charlie Davies be fit for the World Cup? It’s a question most people can’t answer, except for Charlie Davies.

“It feels good to prove people wrong,” Davies said in a video press conference this week, cognizant of his miraculous recovery. “It adds fuel to the fire when people say I won’t be back for the World Cup.”

Regarding next steps, Davies says he just needs to rebuild his strength to achieve “the same level of explosiveness” as before, then he’ll be good to go come springtime.