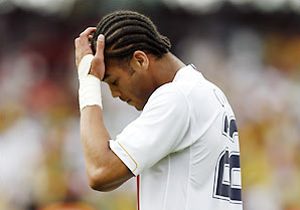 UPDATE: Hotels and airlines being investigated for price-fixing

ORIGINAL: You would think travel accommodations to South Africa would be reasonable, if not affordable, compared to most World Cups. But they’re not. In fact, it seems airlines and hotels are gouging soccer spectators more than usual this summer, leaving many U.S. fans who purchased tickets out in the cold.

“Flights from New York to Johannesburg would normally cost about $1,000, but they will set you back at least $2,500 if traveling during the World Cup,” reports ESPN. “One 3-star Johannesburg hotel normally charges as little as $49 a night for a standard room, but will be bumping its price to up to $220 a night for the days leading up to the World Cup.”

That being the case, fans who budgeted $5,000 a trip are now learning it will actually cost them upwards of $12,000 per person, so they’re no longer going. “I’ve given up hope for this World Cup,” one fan said. “Hopefully I can get as lucky with tickets to another one. I thought that was going to be the hard part. Now I have more than enough [tickets], but I just can’t afford to go.”