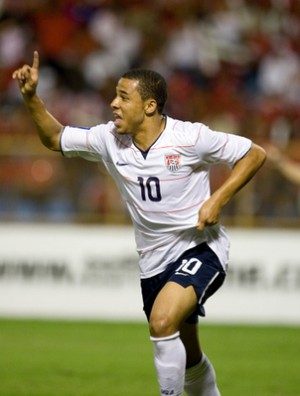 What a difference four months make. American forward Charlie Davies says he’s “a little more” than a month away from from being match fit, reports the Associated Press.

It’s still unclear, however, if he’ll be World Cup ready.

In October, Davies was seriously injured in a car accident by an unidentified drunk driver, which left him with two broken bones in his right leg, a broken and dislocated left elbow, a broken nose, forehead and eye socket, a fracture in his face, a ruptured bladder and internal bleeding.