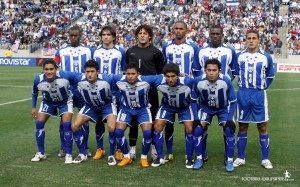 After helping Honduras make it to the World Cup, the United States national team will now face them in their first exhibition of 2010. Playing at The Home Depot Center in Los Angeles, the “Red, White, (and hopefully not Black)” will take center stage on the Fox Soccer Channel at 9 p.m. Eastern (Spanish channel TBD).

“Obviously we know the quality of the Honduran team very well and we think the match is a great way to start the year as we commence preparations for the World Cup,” said U.S. head coach Bob Bradley. “With both teams working toward finalizing their rosters for South Africa, we expect it will be a very competitive game.”

Unfortunately for Honduras, the series has been anything but competitive recently. The U.S. dominated the Central American nation last year, winning all four of its matchups. (See also: USA to play Netherlands Mar. 3 in World Cup warm up)