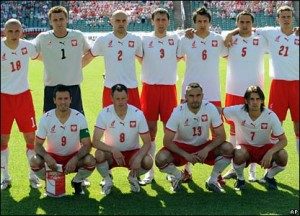 U.S. Soccer today announced that the national team will face Poland on Oct. 9 at Chicago’s Soldier Field. Kickoff is set for 8 p.m. Eastern and will be broadcast live on Fox Soccer Channel and Univision.

“We know this is an important opportunity for Poland as they prepare for the 2012 European Championship, so we expect a challenging game,” said coach Bob Bradley, whose future with the team is still in doubt, since his contract expires in December.