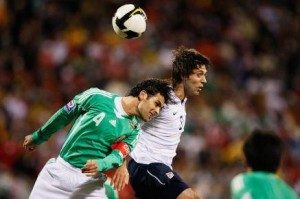 It seems as though the U.S. national team is hoping to play once a month before its June 2010 World Cup opener against England.

According to the Associated Press, “The U.S. has been attempting to schedule a February home match against Mexico,” one month after the team’s Jan. 23 exhibition against Honduras.

Whether or not the federation inks a February meet up, the team will then play the Netherlands on March 3 in Amsterdam. “The U.S. also is trying to schedule May exhibitions to prepare for its World Cup games in June,” the AP added. If true, April seems to be the only month without a scheduled or planned U.S. friendly before the World Cup.