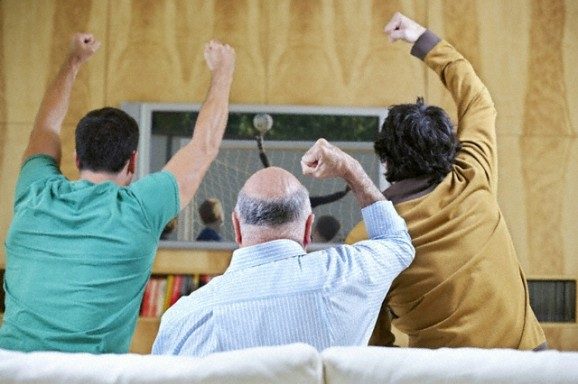 Live in America and want to watch the World Cup this summer? Good news: all 64 games will be aired in HD by either ABC or ESPN/ESPN360.com in English, or Univision and Telefutura in Spanish (also in HD). That’s right, all games can be watched in high-definition without cable television even.

According to U.S. Soccer, ABC will air the U.S. opener against England on Saturday, June 12 at 2 pm Eastern. In addition to the final, semi-finals, and other key games, the network will broadcast nine more matches, with ESPN/ESPN360.com splitting the remaining games. NOTE: ESPN360.com is free for Comcast subscribers.

Provided you don’t have cable and don’t mind hearing “Goooooooaaaaaaaallllllll!” yelled in Spanish, all 64 World Cup games will also be aired on Univision or Telefutura, both of which are over the air channels. Yay! Full U.S. group stage listings are as follows: