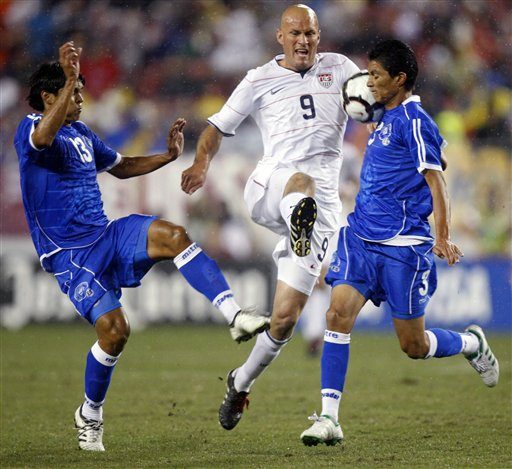 It wasn’t pretty. But the second-string U.S. team got it done Wednesday night, beating El Salvador 2-1 in Tampa Florida.

After conceding a goal in the 59th minute, second-half sub Brian Ching equalized in the 74th of play from seven yards out. Then in the second minute of stoppage time, Sacha Kljestan scored from six yards out for the win.

Nevertheless, “Without its Europe-based regulars, the U.S. appears far from ready for the World Cup,” wrote the Associated Press after the game. Crap.