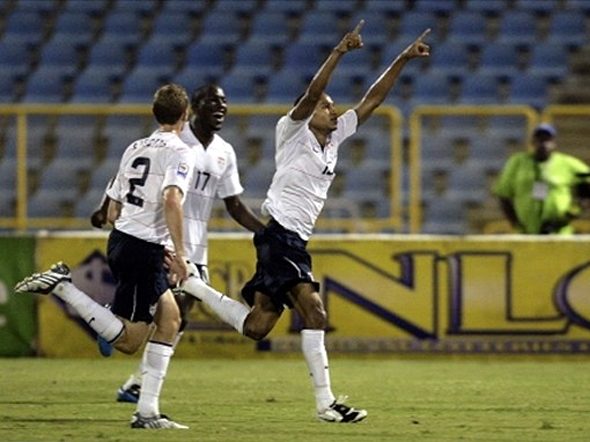 In its first road win this year, the United States defeated Trinidad & Tobago 1-0 on Wednesday. The result eliminated Trinidad from the 32-nation World Cup next year, while moving the U.S. into first place in the CONCACAF group and one win away from certain qualification.

After a scoreless and sloppy first half, Ricardo Clark bended a stunning 26-yard goal—his second in 25 international appearances—in the 62nd minute of play. Seconds before, coach Bob Bradley was about to substitute him, but had a change of heart after the strike. “I had a feeling that it was going to be me,” Clark said after the game.

Landon Donovan, the most consistent player on offense, provided the assist. “He’s just a machine out there,” Clark said of Donovan. “He’s on his game. He’s just a big-time player doing big-time things.”

For now, the win puts the United States into first place, with two games remaining. Oct. 10 at Honduras and Costa Rica in Washington D.C. on Oct. 14.