USA have their hands full against Holland. For reals. — USA Soccer Stud 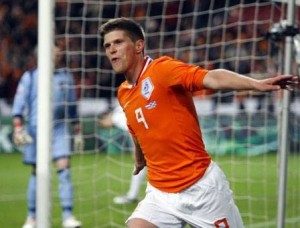 When the United States play The Netherlands/Holland/”Whatever they go by” on Wednesday, the Stars and Stripes will be the obvious underdogs.

To whit, Holland won all eight of its games in qualifying and only conceded a mere two goals. You read that right: they allowed two goals in eight hard-fought games.

By comparison, the U.S. won six of its 10 qualifying games; lost two and tied two. Respectable, but they conceded about two dozen goals. Okay, maybe not that many, but it was a lot more than two. And we have a better keeper!

In fairness, maybe the Netherlands would have dropped one or two games had they played in 10 qualifiers like the U.S. did instead of eight. But keep in mind, the Dutch qualified in a more competitive European region. Plus, they’re ranked 11 spots higher at no. 3 in the world.

To call this game a “tough match” for the U.S. is an understatement, despite playing with their European-based stars. And while technically a “friendly,” both sides will rough each other up faster than Wayne Rooney stomping Portuguese genitalia.

Okay, I exaggerated again. But both teams have a ton to show for leading up to South Africa. And I couldn’t be mor