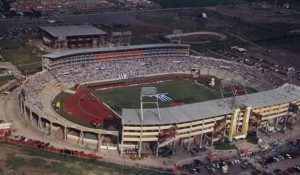 Honduras is in political disarray—people are pissed and a president has been ousted. Despite rising security concerns, FIFA officials say there are no plans for a change of venue—at least for now.

“It seems that for the time being there is no reason to move the game,” one official told the Associated Press. “Our interest is not to move the game. If USA is fine and happy to play there, we will not go against their wish.”

If the State Department decides to prevent the U.S. team from traveling to Honduras, FIFA says a neutral location “has to be chosen by the two countries.”