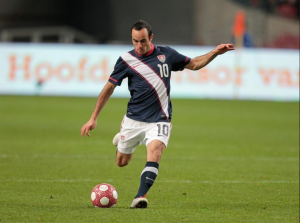 It’s official: The United States will play Australia on June 5 in a pre-World Cup friendly. The match (8:30 pm ET on ESPN2) comes one week before the Americans open the World Cup against England in South Africa.

Said to play a similar style as England, Australia should be a good opportunity for the Americans to find their bearings—especially their defensive line, which is prone to crumbling from time to time. In two previous meetings (at home, mind you), the Americans have never beaten the Aussies; drawing once in 1998 and losing 1-nil in 1992.

As previously reported, the U.S. play the Czech Republic on May 25 in their next friendly, followed by Turkey on May 29.