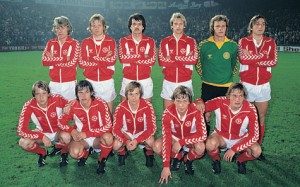 Not this old school team, but one like it

The United States men’s national team will face fellow 2010 FIFA World Cup qualifiers Denmark on Nov. 18, reports the U.S. Soccer Federation. Kickoff for the away exhibition in Aarhus, Denmark is set for 2:30 p.m. ET. Television rights have not been announced.

“Having qualified for the World Cup, our focus is now on continuing to improve as a team as we build toward next summer,” said U.S. Coach Bob Bradley. “Denmark is a very strong opponent. They proved their quality throughout the qualifying campaign, and this match provides another great opportunity to face quality opposition in a road environment.”

In their five previous meetings, the U.S. and Denmark have split the spoils with an even 1-1-3 record. Four months later, the U.S. will play the Netherlands in another World Cup warm up.