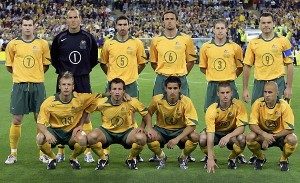 In addition to El Salvador, Netherlands, Czechoslovakia, and Turkey, the US might get one more practice game before the World Cup starts on Jun 11.

Grant Wahl of Sports Illustrated is reporting that the men’s national team “is finalizing plans” for a Jun 5 game in South Africa against fellow World Cup entrant Australia. Nothing’s official, but Wahl has credentials. And the United States played Angola in a scrimmage prior to the 2006 World Cup in Germany.

The more games, the better.