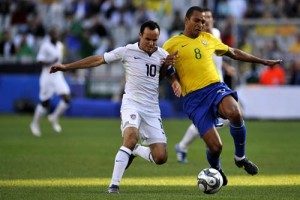 According to collective Washington Post readers, U.S. over England in the 1950 World Cup tops them all. That result certainly garnered the most international publicity, I’m told, so it’s easy to see why it won.

In second place, readers chose U.S. over No. 1 ranked Spain during this year’s FIFA Confederations Cup, a warm up tournament held before the World Cup. I saw that match, and while thrilling, it wasn’t as exciting as USA over Portugal at the 2002 World Cup, which readers ranked as the third biggest upset in U.S. history.